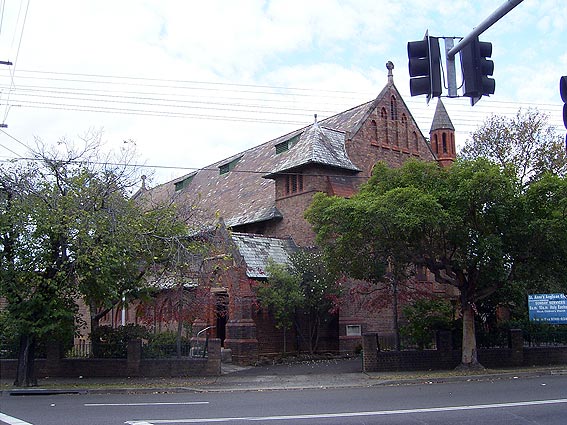 The architecture of this church is early English and was designed by Messrs Sulman & Power. Arising from the foundation stone (laid 25 August, 1892) was the major part of the nave of the present church, the eastern end then being boarded-up pending the later addition of the extended nave and chancel.

This partly finished building was dedicated in July, 1893 by the Bishop of Sydney, the Most Rev. W. Saumarez Smith. It was not until 1914 that the Chancel was built and the church, as seen today, was completed.

St Anne's stands possessed of a large two manual and pedal organ originally built by Charles Richardson of Sydney. This instrument was opened on the evening of 4 December, 1895 with Leicester Johnson as organist. This organ is believed to be the first organ built by Richardson with tubular-pneumatic action throughout.

lt was subsequently rebuilt and enlarged with electro-pneumatic action and was, by early 1970 in a very poor condition.

In May 1970 Arthur Jones undertook a further rebuild of the organ resulting in the present specification. At the time of this rebuild the beautifully stencilled pipes were obliterated with gold paint!


Peter McMillan, sometime organist and choirmaster at the church, has added (Jan 07):

The pneumatic action was replaced by electric action and a new detached console in c. 1939 by R.A. & D.A. Wiltshire. In 1970 the organ was restored and the specification was altered by Arthur Jones. This included the Open Diapason II being removed from the Great organ and a Trompette 8' being installed on the Great.


According to Rushworth (p. 126), the original specification was: 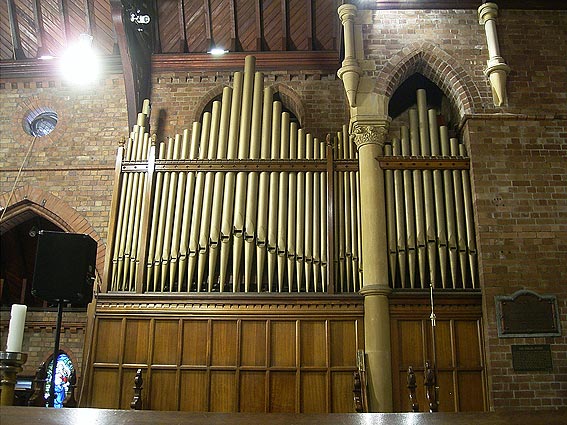 View from the console in the chancel choir stalls

The current specification is: 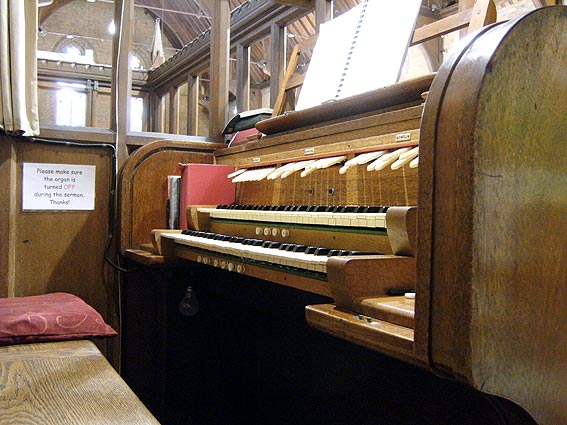 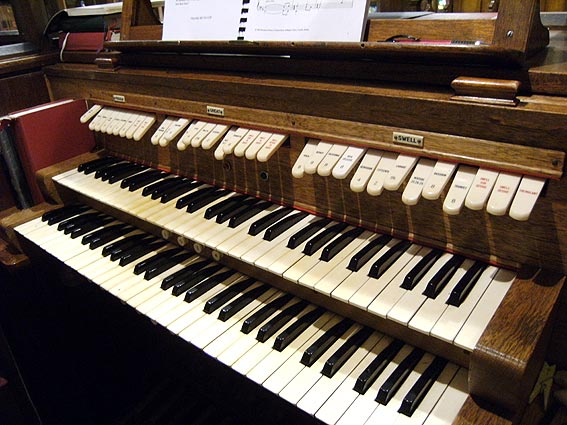 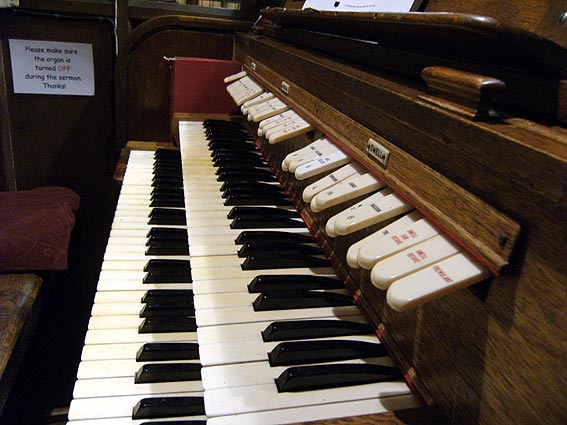 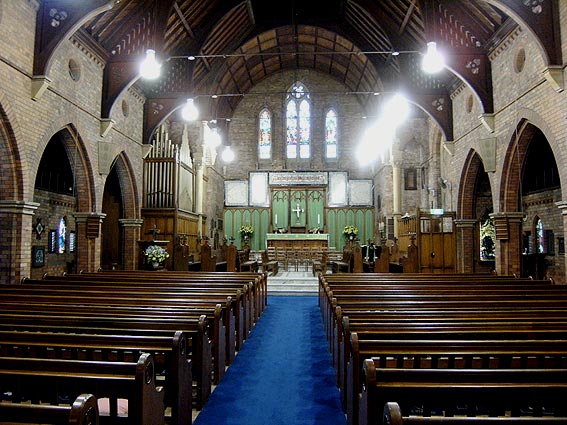